The mobile messaging industry is rapidly evolving to resemble the Internet from a security and user behavior standpoint. Therefore, the mobile network operator faces an increasing, ever-changing flow of spam and fraud traffic that is difficult to detect and control. It’s estimated between 5% -20% of all SMS messages are spam or fraud-related.  (source: Mavenir and GSMA)

Providers of SMS based marketing explore every opportunity to ‘optimize’ costs and increase subscriber reach which sometimes results in business behaviors that blur the line between what is legitimate use and what is not. This means the mobile network operator faces an increasingly complex and dynamically evolving volume of spam and fraudulent attempts to subvert standard routes.

The increasing number of smartphones and the ever-dropping unit costs for one message (with free or unlimited SMS bundles) facilitates the spread of harmful SMS content (malware, viruses). At the same time, it encourages the use of the SMS for distribution of unsolicited messages, advertisements, and spam.

SMS messages are typically read and responded to, almost immediately. When exposed to fraudulent traffic this leads to a poor end-user experience but also causes significant revenue loss for the mobile network operator with missed opportunities for selling A2P value-added services, or through additional operating costs of increased traffic, capacity requirements and interconnection charges.

The following security breaches have already been observed in mobile networks:

At the same time, attacks are becoming more sophisticated and evading basic traditional methods of detection, such as simple frequency analysis (anti-flood methods), limited pattern matching and offline analysis and blacklisting. The following evasion techniques have been observed occurring in networks:

Impacts to operator include:

Given current market pressure on operators messaging services, loss control on messaging spam would likely to impact conversational commerce monetization plans driven by RCS MaaP opportunities. Consumers would avoid using messengers that flood them with unsolicited content treated by the majority of people as Spam.

Mavenir’s approach enables mobile operators to save between $0.5M and $3M USD monthly per network as well as ensuring projected revenue for commercial chatbots and rich messaging campaigns driven by new messaging technologies.

Mavenir’s comprehensive solution for controlling fraud, fakes, spoof, and spam provides the mobile network operators with 360-degree control to effectively address specific situations within their networks with a speed and flexibility unrivaled by other market solutions.

Core Spam detection technology used by Mavenir is based on Artificial Intelligence principles and Machine Learning which is developed with a detailed understanding of the subject area and specially tuned for real-time detection. Traditional detection and prevention techniques are based on deterministic rules and are easily detected and bypassed by spammers and fraudsters. Machine Learning detection algorithms are adapting to the current network and subscriber’s behavior therefore still detecting spammers and fraudsters attempts.

“Spamshield’s ability to filter out grey route messaging enables us to sell SMS advertising via the appropriate channels. Spamshield has reduced the effort and human intervention previously required to operate and manage the filtering because there is no need to manually configure filtering rules.”

Machine Learning techniques implemented in Messaging Fraud module of Mavenir Anti-Fraud and Security suite are not only addressing traditional text-based messaging but also multimedia content used in RCS, as visual spam can represent much more powerful technique to fraudsters.

SpamShield also supports integration with 3rd party network components with the prerequisite that the interface specification is available for implementation. 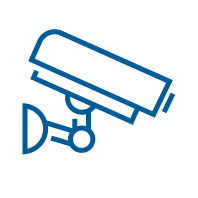 How AI-On-5G Will Drive the Industrial Transformation

In this TECHGIG article, Mavenir's Kuntal Chowdhury addresses how 5G is more than just a generational step. Exploring ways in which 5G is set to revolutionize the way we live and work, opening up a new world of possibilities for every industry, including manufacturing and from healthcare to logistics.

How Artificial Intelligence is Transforming the Telecom Industry

AI has become central to the digital transformation of the telecom industry as it aids the delivery of superior performance in the short and long term. Read six benefits of integrating AI technology and how AI will help CSPs enable the future of networks.

As CSPs embark on a journey to transform themselves into Digital Service Providers (DSPs), a key enabler for success will be network automation powered by Analytics and Artificial Intelligence/Machine Learning (AI/ML) as part of 5G deployments.

Mavenir and Platform9 Discuss How to Accelerate 5G Deployment

Download the on-demand webinar to watch Mavenir’s CSO, Bejoy Pankajakshan, as he speaks with TelecomTV on how Mavenir is helping CSPs make the most of 5G.

CBRS and OnGo For Dummies

As a member of the OnGo Alliance, Mavenir offers the “CBRS and OnGo for Dummies” solution brief, featuring information about LTE and 5G NR technology, which becomes more widely available for private networks through CBRS and sets the stage for new 5G solutions.