Mavenir > Newsroom > Blog > What is the Difference Between Open RAN, O-RAN and vRAN?
share

What is the Difference Between Open RAN, O-RAN and vRAN? 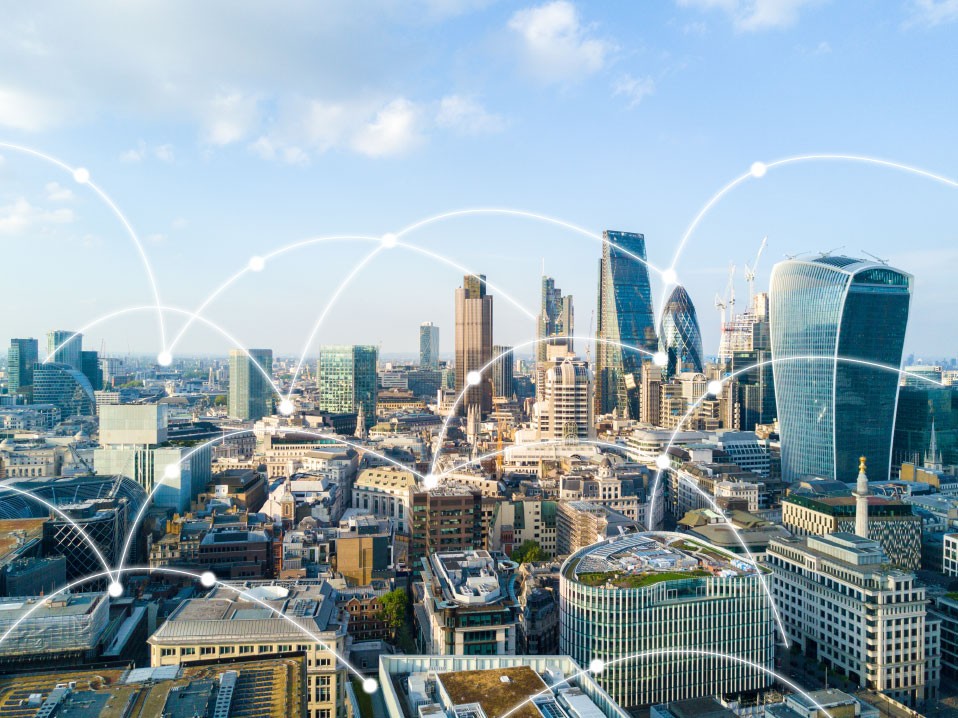 1. What is the difference between Open RAN, O-RAN, and vRAN?

vRAN – an implementation of the RAN in a more open and flexible architecture that virtualizes network functions in software platforms based on general-purpose processors.

2. What is the current state of the Open RAN vRAN market?

Open RAN vRAN technology is coming to market.  Competitors say it’s not possible, however, it can be done.  The specifications got released just under a year ago, and commercial products are just coming to the market.  The ecosystem is coming to a point now where this technology will start to scale.

3. How is the ban on China’s essential communications technology affected the US?

5G deployments are rapidly progressing and the rip and replace of Huawei and ZTE in the US and restrictions and considerations in other countries are presenting an opportunity for US vendors.

4. Why do you think the likes of Ericsson and Nokia have so much mindshare as the leading viable alternatives to Huawei?

Nokia and Ericsson are seen as the safe bet—no one ever got fired for buying from Nokia and Ericsson. The issue is that operators are left with a monopolistic vendor duopoly delivering closed systems with no option to mix-and-match RAN technology.

5. Which are the US alternatives that are being ignored?

The answer is emerging players with advanced technology solutions that are geared for 5G. Mavenir is one of the alternatives currently being overlooked by the US government, which is still relying on Ericsson and Huawei despite having strong options at home. While Mavenir is the only end-to-end vendor in the US, there are other US companies, niche players such as Altiostar and Parallel Wireless, which are also in the mix.

6. How are the US alternative vendors able to compete on cost with the established legacy vendors?

Mavenir, Altiostar, and Parallel Wireless are very focused on bringing Open RAN technology to market with no overhead.  This can be done with far less people at far lower costs to disrupt the marketplace.  It comes down to how fast the operators get involved to evolve this technology.  With frequency and the existing rollouts, it’s going to take time to roll through the networks around the world in a five to ten-year deployment cycle.

7. How much funding is needed for US vendors to be successful in the RAN market?

US vendors aren’t receiving the support needed from the government unlike other industries such as the energy sector, for example. The US government is still hiring Ericsson and Nokia as alternatives to Huawei. Newer vendors can only scale if given the opportunity. It’s a chicken-and-egg scenario.

8. What about federal funding?

There are various funding sources being appropriated for telecommunications in the US government. The challenge is how companies like Mavenir and our direct competitors get access to those funds.

9. What is the Mavenir differentiator?

Mavenir will continue to prove that we are successfully delivering RAN just as we do the Core network. We already compete successfully globally against the traditional vendors Ericsson, Nokia, and Huawei ripping and replacing core elements of major mobile networks such as T-Mobile, Verizon, AT&T, Sprint, Vodafone, and Telefonica.  We have a wealth of experience in the past decade of virtualizing networks.

10. What effect will software-defined/virtual RAN players such as Mavenir have on the market as a whole?

What we can do through virtualized software with our 3,300 Mavenir employees, takes Nokia and Ericsson over 100,000 people to accomplish. Mavenir has a lower cost structure through the use of software and we are clearly shaking up the market on OpenRAN. The Vodafone and Telefonica announcements about partnering with Mavenir have started to destabilize Nokia and Ericsson’s duopoly and Huawei’s supply base.

11. What effect does the UK government’s 35% limit but not ban of Huawei in the radio network mean for the global business?

The UK government’s decision is more about protecting the investments they’ve already made. UK is in a very difficult position as it’s not just about mobile technology, it’s also about the underlying core switching fabric to get to 5G.

Also, there is still pressure from the US government to use trusted technologies for sharing information, which is causing the US to continue to put pressure on international partners.

12. What are the benefits of Open RAN vRAN?

COST SAVINGS.  You can build a virtualized network, containerize it and each of the elements can be completely broken down.  This modern network can support either tens of subscribers to millions of subscribers.  It just depends on how many instances and substantiations of the VNFs you can run on a single platform.

MULTIPLE OPERATORS & NETWORK SHARING.  OpenRAN vRAN can run multiple operators using multiple VNFs sitting side-by-side on the same platform to have segregated networks.  The other benefit is network sharing in the future through software.

ELIMINATE VENDOR LOCK-IN.  OpenRAN breaks open the interface between the remote radio head and the DU.  With current vendors, it’s a walled garden and proprietary.  Through O-RAN, a fully open interface on Split 7.2 has been defined including all the OEM.

3rd PARTY TESTING BENEFITS.  Radios with 3GPPP specs on one side and O-RAN specs on the other will work with different vendors’ baseband and because there is a defined specification with 3GPPP interfaces, the elements can be tested independently.  It takes pressure off operators to test in their own labs.  Radios can be purchased from any vendor and tested by independently by a 3rd party and be assured that it works.  Soon radios will be produced at low cost on the basis that any operator can buy them and not get locked into a specific system integrator.

13. What are barriers to the adoption of Open RAN vRAN?

The operators have been locked into buying RAN from one vendor and haven’t been able to modernize without having to rip all the hardware as well.  If the interface had been open between the radio and baseband unit, the radio could have stayed in the tower and a lot of money could have been saved.  If the interfaces were open to the radio, another vendor’s baseband processing could have been integrated and have a better solution rather than ripping out everything.  The whole vendor ecosystem has got itself into a duopoly hole.  Operators won’t improve the economics of their network unless fundamental changes are made to their procurement process to take advantage of these newer technologies.

14. Can Open RAN vRAN scale to compete with the incumbent vendors?

As it is not in their interest, the Big 3 (Huawei, Ericsson and Nokia) will throw everything they can to stop OpenRAN vRAN.  Fortunately, bigger operators are now requiring OpenRAN compliance in their bids.  The ecosystem is starting to form.

More-so in 5G than in 4G, the Big 3 radios will have difficulty achieving integration between different radios and basebands from different vendors – and it’s deliberate! Much work has been done in building new interfaces and validating designs.  Chipsets are also starting to become available. Labs are setting themselves up for testing, and O-RAN has proven that the basic technology is sound and ready.

The challenge for any network deployment is getting delayed by the zoning, planning and physical aspects of deployments.  Once things are working from a small number of cells from a software perspective, then it’s just scaling and growing it across the network.

15. Is Open RAN vRAN technology mature for scaling and performance?

It started by getting bare metal platforms to a virtualized state.  The next step has been to containerize it, and Webscale platforms will continue to evolve in a cloud-native containerized Kubernetes-style.

16. Is the O-RAN Alliance standardizing the industry on interfaces and openness?

O-RAN is the group fixing the mistakes of 3GPP.  3GPP could have led in this area but has been controlled by the big guys. O-RAN in terms of the fronthaul group is the team that took down the walled garden around the RAN through one interface spec. The fronthaul interface spec is the one that is really changing the world from a RAN perspective.  All of the other interfaces are essentially through 3GPP.

The other main challenge in the RAN is the X2 interface which allows local handoff between vendors.  That interface is actually fully defined in 3GPP, but the incumbent vendors won’t necessarily open it up to allow it to work.  It’s a political mandate issue more than a specification issue; however, with those two interfaces, operators can essentially mix and match RAN vendors, mix and match RAN technology, and take their network to the next step.

What’s been going on obviously in O-RAN is things like the radio interface controller (RIC).  In a software state, there is more dynamic control of the elements like the scheduler, which is probably the most important part of the RAN in terms of slicing and scheduling all the traffic onto the various data channels.  Networks can deploy one scheduler per user and deliver QoS that will never be possible in the hardware-based solutions.

17. Can O-RAN, 3GPP, and TIP work together going forward?

There does need to be some cleaning up between O-RAN, 3GPP, and the TIP.  TIP is aligning with O-RAN and Mavenir is a member of both and doing a lot of projects with TIP and on the O-RAN side.  The question mark is how fast 3GPP can wash away some of the incumbent control and become a proper standards forum again. 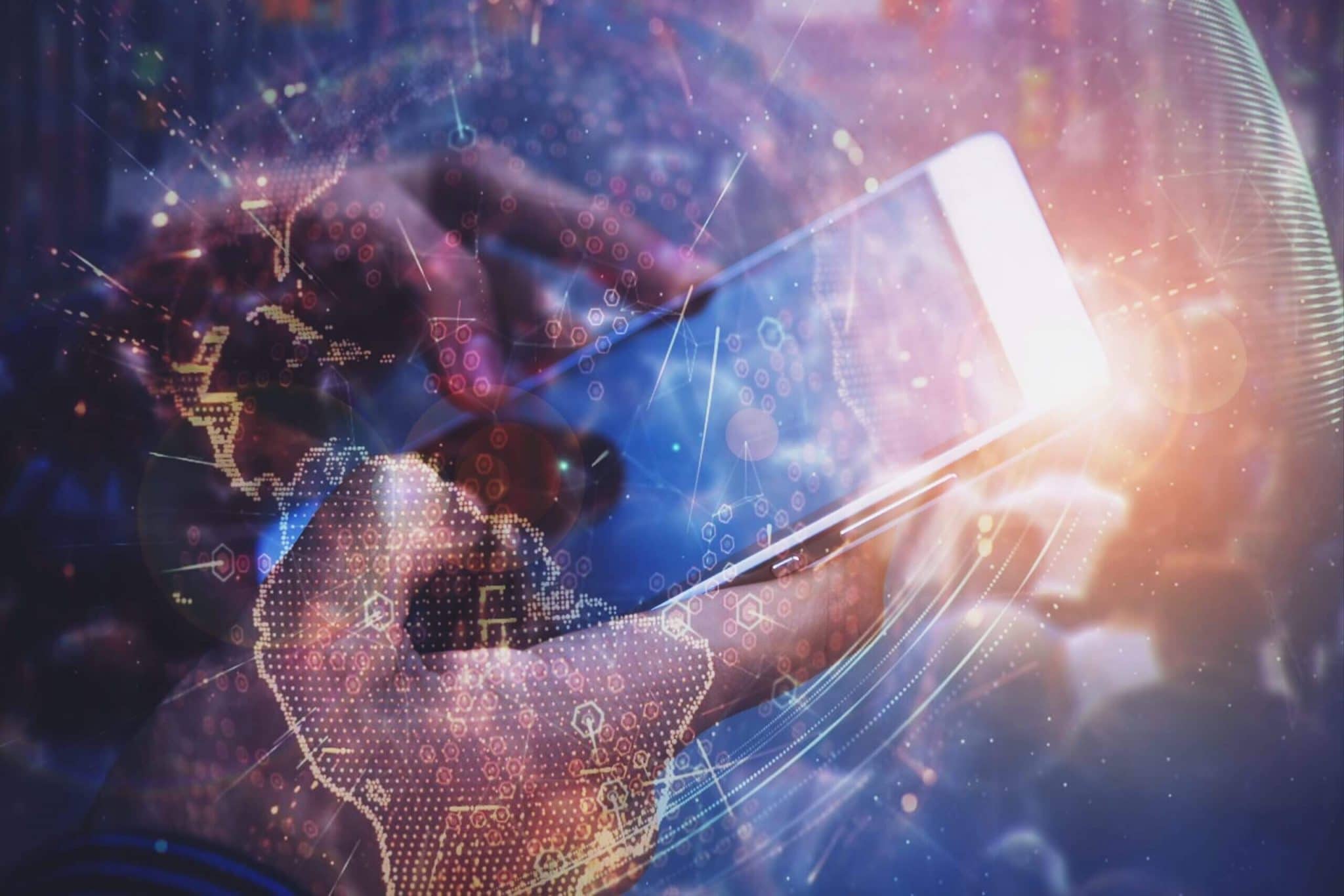